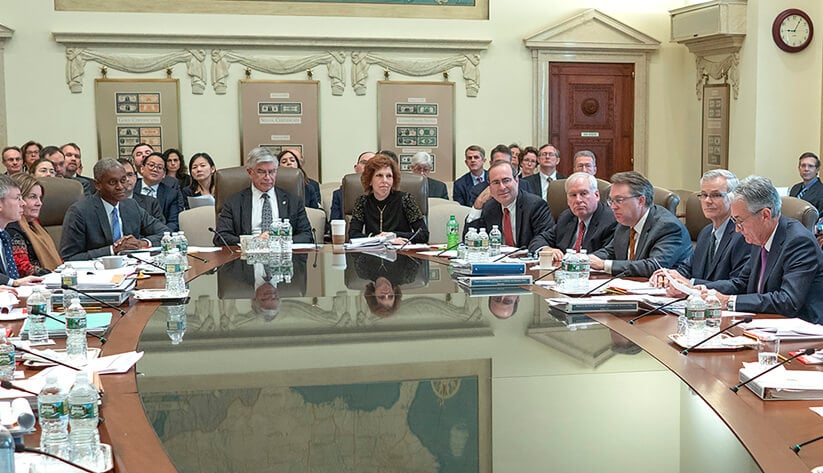 BoA (Bank of America)
Perhaps the most interesting moment at the press conference will be his response to a question about whether a 75bp hike is on the table.

"At this week's May FOMC meeting,we expect the Fed to lift the target range for the federal funds rate by 50bp to 0.75%-1.00%.May's hike has already been signaled to markets,with FOMC participants becoming increasingly receptive to front-loaded rate hikes amid resilient data on activity and intensified cost-push price pressures since the March meeting ... Given the broad parameters for balance sheet normalization laid out in the March meeting minutes,we expect the monthly run-off caps to ramp up from$35bn in June($20bn for treasuries,$15bn for agency MBS),to$65bn in July ($40bn/$25bn)and then to the maximum pace of$95bn/month from August.

In the press conference,we expect much of the discussion to revolve around the speed at which the committee is prepared to lift its policy rate to neutral,with markets now pricing in 50 bp hikes in every meeting through September.We continue to expect 50 bp hikes in May and June,with the committee slowing the pace to 25bp per meeting from July onward as it sees signs of slowing inflation,"

Former FED according to Wallstreet Journal "Rates May Need to Rise Quite a Bit to Get to Neutral" , he see rates to 5%