China Markets the Good, the Bad & the Ugly

China Markets the Good, the Bad & the Ugly 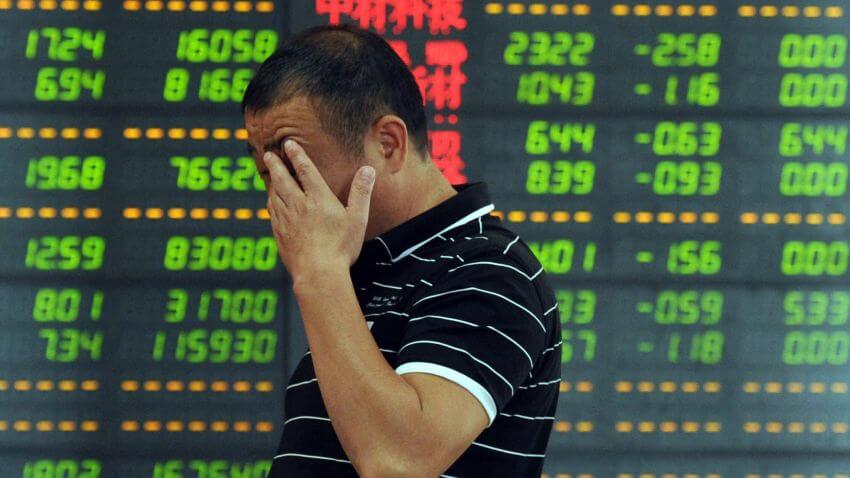 Stimulus and a looser monetary policy help China to have a solid COVID-19 recovery with moderate inflation, much lower than the European and US nations. China's interest rate is on a long-term downtrend, which could create attractive opportunities for fixed-income investors.

China markets have extremely low valuations, just think that Hang Seng lost more than 50% from all time high, and its price is similar with the 1997 levels.

Valuations are attractive and they are poised for a rebound if China’s growth recovers. 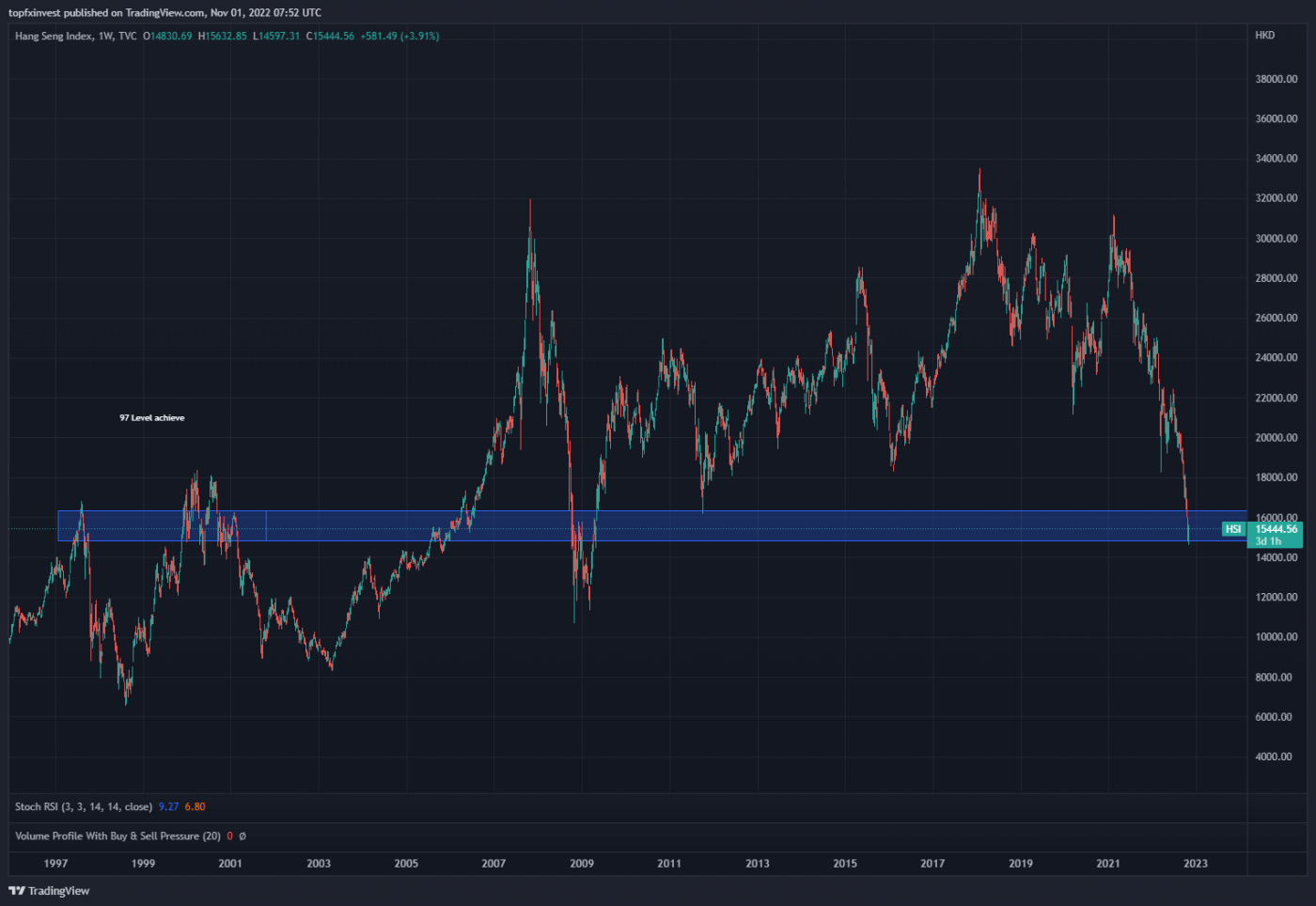 Most of the global investors are underexposed to China, while China's communist party makes efforts to access foreign capital markets. The Chinese economy represents approximately 18% of the global GDP, but China A-share market only comprises 1% of the global MSCI index.

Efforts in seeking to achieve carbon neutrality and energy reform have the potential to create additional investment opportunities, given China's leading position in wind and solar components and materials. China is a global leader in the renewable power industry and has established a clear policy commitment in support of climate transition and the protection of natural capital.

China is on track to meet its 33% electricity consumption target from renewables by 2025 and could comfortably exceed it amid ongoing efforts to debottleneck the power grid to accommodate more renewables, analysts and clean energy project developers said.

97% of Chinese provinces are spending more than they are receiving back in tax revenue.

The Chinese real estate market is in collapse. Real Estate Market was a major source of revenue for government few years ago. Land sale revenues are down 29% relative to last year while roughly 7.1 billion square feet of housing has been sold this year, the lowest amount since 2015.

China Budget freefall. Just check below the chart of Budget balance in relation with GDP.

Regarding the consequences, companies are fined for nonsense and illusive reasons because the China government look for ways to create cash flow through taxes and fines at the civilian level.

Taiwan Tensions with the US. War between Russia and Ukraine it’s catalyst for Chinese Communist party to invade Taiwan and that is a major concern for investors. Government bet that it will be difficult for US to economically sustain two fronts. Putin met with Xi Jinping multiple times before war with Ukraine. I personally don’t think China will invade Taiwan because the risk it’s simply too high for China. 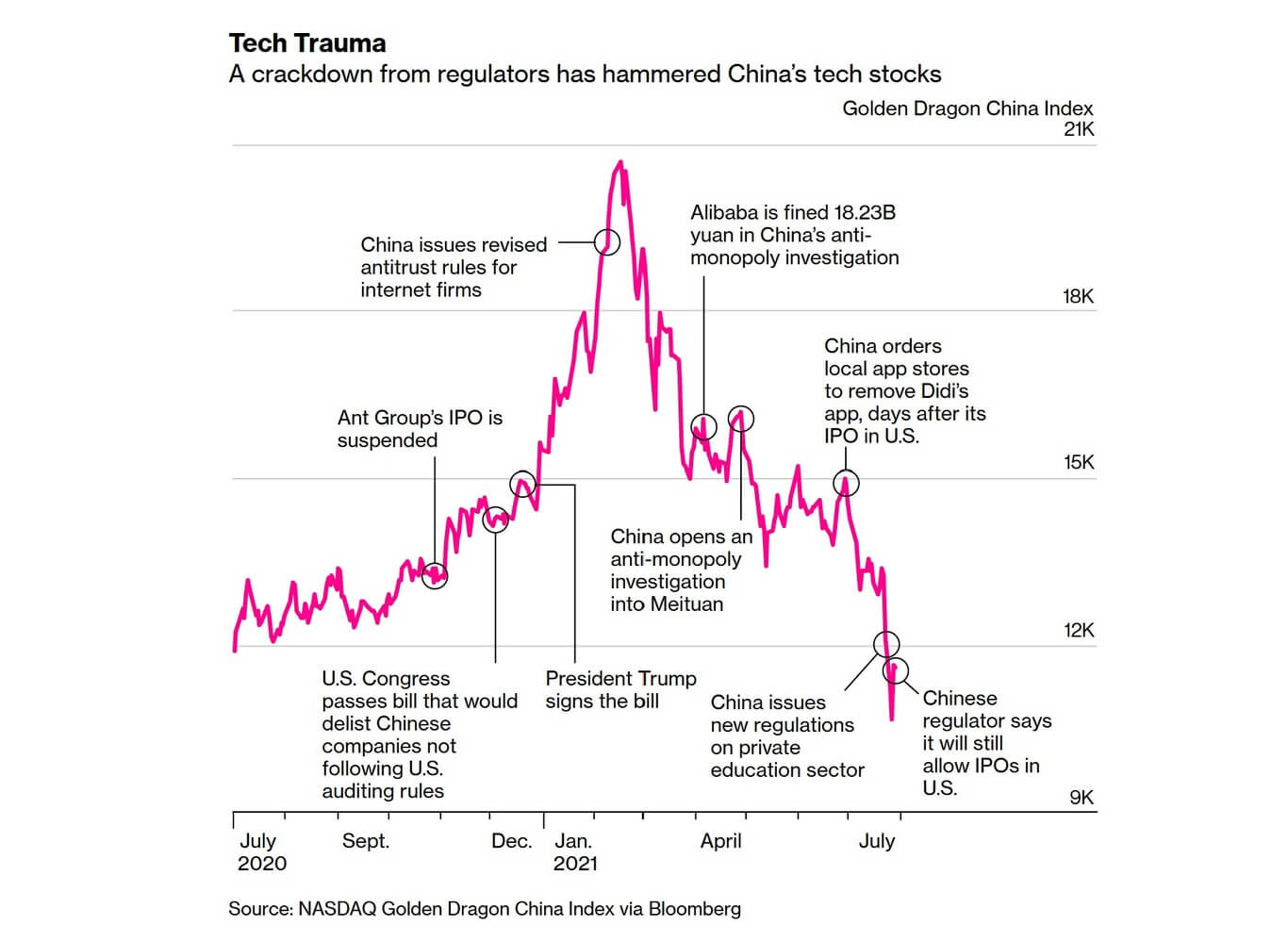 Entrepreneurship and freedom of action for the technology market helped giants like Alibaba, Tencent or Baidu become what they are today, but last year’s climate was changed because of the US sanctions & government intervention.

Conclusion: Is China a buy?

Investment in China is very risky but is coming with huge opportunities, and we prefer small allocation of assets to Hang Seng and preferably just take high convictions stock like DQ (Daqo Energy).